Yoga is a physical, mental, and spiritual practice or discipline. There is a broad variety of schools, practices and goals in Hinduism, Buddhism (including Vajrayana and Tibetan Buddhism and Jainism. The best-known are Hatha yoga and Ashtanga yoga.

Ashtanga vinyasa yoga is one of these systems of Hatha yoga that synchronises breath and movement in a flowing sequence of asanas (postures). Each asana has a unique choreographed number of movements into and out of it. When practised regularly, it can help to develop strength, flexibility, stamina and help to cultivate an all-round feeling of well being and a still and focussed mind.
Poses (asana) are linked in a sequence with each held for a number of breaths (typically 5) breaths before transitioning through a specific series of movements (Vinyasa) to the next pose.

We repeat a set sequence of postures each time we practice, so that the sequence becomes familiar, and in doing so we develop a self practice. It becomes our own daily personal experience of movement and breath awareness, creating an independence in your practice that is empowering.

I would like also to add the original Yoga meaning translated from Sanskrit language the word ‘yoga’ itself means ‘uniting’ (uniting diverse aspects of existence, of life).

Ashtanga Yoga means 8 limbs and its first known use is in the Yoga Sutras of Patanjali where it describes an 8-part method of
practice. Many of the ideas and practices outlined in the Yoga Sutras had already been developing in India for thousands of years. What makes the Yoga Sutras stand out is that they compiled variegated strands of yogic theory in a systematic way. However, yoga techniques are used by a variety of different traditions alongside that of the Yoga Sutras, which speaks to their versatility.

Sutras are a type of literature that is written in short aphorisms that are meant to be explained through commentary,
and there is a long and rich commentarial tradition associated with the Yoga Sutras. In Patanjali’s original treatise and early commentaries, we don’t see many of the techniques that we recognize in Ashtanga yoga practice today. It is through
the commentarial tradition, that over time we see the introduction of techniques that have influenced modern yoga practice.

Ashtanga Yoga, as practiced today, has it basis in the teachings of T. Krishnamacharya and his student K. Pattabhi
Jois, who evolved this system of linking of breath and movement in sequences of asanas.

The origins of Yoga have been speculated to date back to pre-Vedic Indian traditions, but most likely developed around the sixth and fifth centuries BCE, in ancient India’s ascetic circles. The chronology of earliest texts describing yoga-practices is unclear, varyingly credited to Hindu Upanishads and Buddhist Pāli Canon, probably of third century BCE or later and The Yoga Sutra was compiled sometime between 500 BC and AD400 by the sage Patanjali in India who synthesised and organised knowledge about yoga from much older traditions.

The Yoga Sutras contain a set of observances and practices to guide your spiritual journey.

“By the sustained practice of the eight limbs of yoga, the impurities are destroyed and the light of wisdom, discrimination shines forth.”

According to Patanjali Yoga Sutras there are 8 Limbs of Yoga:

There are no reviews yet.

Be the first to review “Ashtanga Vinyasa” Cancel reply 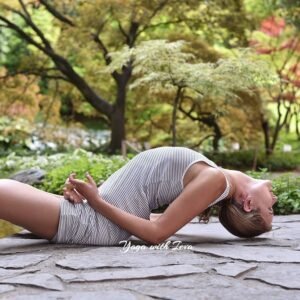 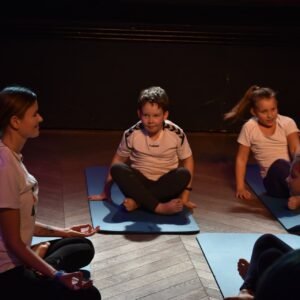 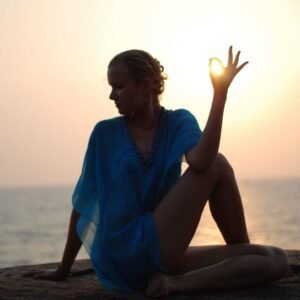